The best hotels from 47 countries across the world have been competing to achieve one or more coveted International Hotel Awards, sponsored by Rolls-Royce Motor Cars. Winners initially have to prove they are the best nationally before competing against other top scoring hotels from across Asia Pacific, Europe, the Americas, Arabia, Africa and the UK.Bidadari_Hotel_ Award_2015_

Each entry was subject to extensive scrutiny by the International Hotel Awards’ judging panel, chaired by Sir David Michels, retired Chief Executive of the Hilton Group, who is currently President of both the Tourism Alliance and Institute of Hospitality.

On Monday evening (January 26th), the winners at national level and also the ultimate World’s Best Hotel winners were revealed at a gala presentation dinner at the London Marriott Hotel Grosvenor Square. This was attended by Fred Finn, listed in the Guinness Book of World Records for being the Most Travelled Man in the World and also the World’s Most Travelled Concorde Passenger.

Among this year’s winners is Bidadari Private Villas & Retreat – Ubud

” We are all so proud to receive this award. Thanks to the sponsors and of course to my fantastic team, we really strive to improve ourselves for our guests and with this recognition it only helps to propel us forward.”

Stuart Shield, President of the International Hotel Awards, says, “The five-star standard has improved dramatically over the last few years and this indicates the levels of determination from the world’s best hotels to deliver the ultimate in comfort and service. Guests who have experienced such quality will only be satisfied by the hotel industry either retaining or even improving on these standards.

“We are so pleased that these fine hotels have chosen the International Hotel Awards to highlight their excellence. It has also been a great honour for us to celebrate their achievement and further their appreciation internationally. We wish our award winners continued success and hope that this additional recognition will help their business flourish over the coming months and years.” 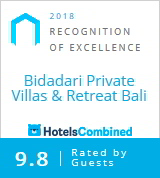